Charter Bus and coach in Bordeaux

Bordeaux boasts of its size and, of course, its wealth. This is an ancient trading city.

Go to Bordeaux with the BCS-bus coach hire company!

And discover all the secrets of the capital of winemaking avoiding all the anxiety.

Inhabitants of Bordeaux are open to tourists and very hospitable.

Here a lot is done to ensure that the tourists spent their time with benefit and fun.

The wine theme here is permeated with everything from large urban vineyards, to bars, cafes, parks, hotels.

We recommend you to use minibus rental and bus hire.

People of Bordeaux are polite and friendly, always happy to make you a company.

It is important to note that our chauffeurs are the local inhabitants of the place.

They will show you all the most interesting things and tell you everything they know about the city.

So we'd like to offer You our bus coach charter in Bordeaux!

And of course they perfectly know the place and all the roads. It is important if you are in a hurry.

Even before the first century AD, on the banks of the River Garonne there lived Celtic tribes. They called their center Burdigale. However, this place also was liked by the Romans, and Julius Caesar conquered it. So Bordeaux became the capital of Aquitaine Gaul. But already in the Middle Ages the Dukes of Aquitaine became English. They transformed Bordeaux by developing winemaking and rebuilding the city.

Bordeaux passed from the British to the French, several times changed the face, from antique to classicism. But the importance of Bordeaux grew steadily. Especially with the expansion of the colonial possessions of France, because here it was the main trade with the metropolis.

The visiting card of the city can be considered the Port of the Moon. The crescent-shaped harbor divides the city into two shores.

117 514 hectares of land is occupied by vineyards. Here grows the grapes of the most popular varieties and derivatives of popular wines.

However, Bordeaux is also a major industrial center in the areas of aircraft construction, space and defense. As well as a major financial center with 180 enterprises of the banking sector.

There are many museums for tourists here. Cafe, bars, restaurants, hotels, and chic shops.

It is necessary to see the unique fountain "Water Mirror". Its peculiarity is that the water does not flow, but appears as a vapor from the earth, enveloping the area with misty haze.

The airport makes flights to the local, European and North African destinations.

The fastest convenient and safe way to arrange airport transfers is by minibus rental and bus hire.

We advise you to contact the bus coach charter company and book your transport. This will allow you to be absolutely free and confident in your really good trip. 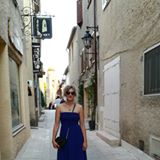 Adnan Karami
Customer, Review from facebook
We rented a a bus from BCS from Lisbon to porto via Fatima the bus was new and clean the driver was very good and polite and helpful .

Владислав Олегович
Customer, Review from facebook
Dear team thank you very much for all your help over the previous months planning for my group's trip to Munich. It went wonderfully!
5/5
Show more
We are Member of