Show all
Charter Bus and coach in Lisbon We have fast and efficient solutions for any occasion!
Our Service Ratings
4.7 376 reviews

Charter Bus and coach in Lisbon

Lisbon is an amazing city surrounded by a halo of historical dramas, a city where the past and the present harmoniously intertwined into one.

Transport prepared for you is modern, clean, comfortable and matches your chosen star category.

For large groups of tourists who want to spend time in Lisbon, we recommend using bus hire.

By renting a bus for several hours, you can choose your own routes, and change your plans on the go.

For small groups of about 10 people we recommend using minibus rental service.

Cozy, comfortable minibuses perfectly complement the journey through Lisbon. A great option for conferences, meetings of delegations, traveling with friends.

The bus coach charter will allow you and your group of tourists to travel in comfort!

During the Neolithic period, these lands were inhabited by ancient tribes. Silent witnesses of their presence - ancient megaliths and monuments still keep the secrets of that period. And in the first millennium BC, the Celts came to these lands and mixed with the local population.

But the Romans also came here, they gave citizenship to the locals and freed them from taxes, then erected walls around the city, built temples, baths, and insula. After the collapse of the Roman Empire, barbarian raids began.

In the 18th century, the gold of Brazil allowed Lisbon to conduct active construction. But a few earthquakes almost destroyed the city. Thus it was completely rebuilt. During the Second World War, over 100,000 refugees were able to escape through Lisbon from Nazi Germany.

It has 2 runways 2 civilian terminals and 1 military.

At the airport "Portela" an automated baggage management system is operating.

Lisbon is a city in which it is not customary to hurry. This is neither bad nor good, it’s just such a mentality and it delays everyone who begins to live here.

This of course affects the traffic flow. Therefore, there may be problems with punctuality.

If you want to keep moving in your rhythm, contact the BCS-bus coach hire company!

This is the best alternative to a taxi for transfer from or to the airport, as well as from point to point.

These companies trust us

What do clients have to say about BCS? 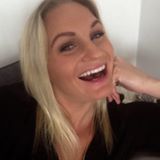 Dana Abramovich
Customer, Review from facebook
We had a great project with the company, Two weeks with a big group. We enjoyed a great service from the all team. Thank you!
5/5 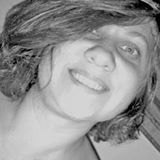 Seraphima Nickolaevna Bogomolova
Customer, Review from facebook
Superb service, great communication and organisation, professional and knowledgeable drivers - highly recommended! I was very happy and will co-operate with the BCS Travel again 😀
Show more
We are a member of