Charter Bus and coach in Malaga

Malaga is a large port city in Spain. It is charming for its tourist streets, great beach and vibrant nightlife.

BCS-bus coach hire company invites tourists to organize a trip to this city.

There are two most popular activities in Malaga : shopping and walking around the city.

Using minibus rental or bus hire you will be able to visit practically every place.

Of course, it is very pleasant if you use a modern service:

you will be met at the airport and taken to the hotel.

Bus coach charter is the most modern offer for tourists.

TUse this service and your guests will appreciate this trip.

Malaga was founded by the Phoenicians in the 8th century BC. Later it was ruled by the Roman Empire for a long time.

In 402, it was captured by the West Goths, after only 100 years it fell under the rule of Byzantium. In 711, it was seized by the Arabs and only in 1487 was conquered by the Castilians.

In 1960, Malaga experienced an economic boom associated with the influx of German and English tourists, as well as due to the growth of industry.

Such a turbulent history affected the architecture of the city. There are still ruins of the Roman theatre and Arab palaces. You can be also impressed by the cathedrals of the Renaissance and the fortress.

However, about 40 museums are located in Malaga. But the most popular are:

The Picasso Museum, where more than one hundred and fifty works of the artist are placed;p

The Malaga Museum is a museum of the history and development of the city and province;

The Carmen Thyssen Museum, with more than 200 canvases by Spanish masters of the mid-19th – early 20th century;

Malaga Airport (AGP) has the official name Costa del Sol Airport and it located in 8 km from Malaga.

It is 4th busiest airport in Spain

It serves the Costa del Sol resort, accepts and sends flights to more than 60 countries.

Terminal T1 was previously used for flights to countries that are not part of the Schengen zone. Currently the terminal is not functioning.

You can get from the airport to the city by metro or bus.

But the most popular way of transportation is airport transfer.

BCS-bus coach hire company provides the ability to organize transportation of your group. 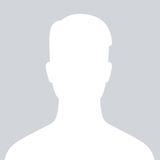 Susie Stubbs
Customer, Review from facebook
This company is simply the best. Right from the initial contact and booking, through to the actual bus journey, it is absolutely top notch personalised service. Friendly efficient people and beautiful comfortable vehicles ... 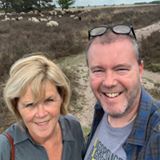